It’s a new year, and with it, it seems our Christmas present from governments around Australia was a range of new issues for all of us to address.

Suppose it wasn’t enough that the Western Australian Government’s shutdown on recreational fishing for Demersal Scalefish began on the 1 February. The South Australian Government decided to extend the ban on Snapper in the Spencer Gulf Fishing Zone, West Coast Fishing Zone and Gulf St Vincent/Kangaroo Island Fishing Zone for three more years until 30 June 2026. To top it off, the Federal Government, through the Great Barrier Reef Marine Parks Authority (GBRMPA), now wants to ban FAD’s and Artificial Reefs on the Great Barrier Reef  (GBR).

The Federal government, through the GBRMPA commissioned a report: Fish Aggregating Devices and Artificial Reefs, Literature Review of Benefits and Negative Impacts for the Great Barrier Reef,     which is the basis for consultation ahead of their draft policy formation, and yet in their own GBRMPA policy document the GBRMPA & Qld Government state at points:

It’s not rocket science to understand that sustainability comes from increased stock levels for fishers to fish! FADs (Fish Attraction Devices), as the name so aptly and innocently suggests …. attract fish, particularly the traveling pelagic species.

I have to ask; how hard is it for policymakers and their masters to understand?

For me, one of the biggest threats anglers have – both domestically and globally – is access. It seems that governments, groups, and greenies everywhere seem determined to lock up areas for their own use.

Although there have been exceptions to the rule, anglers accept good, common-sense management over lockouts any day. And, importantly, policy and management decisions should pass the pub test.

Maybe it shouldn’t have surprised me, then, when I read the Great Barrier Reef Marine Park Authority’s (GBRMPA) stance on FADs (Fish Aggregation Devices) and Artificial Reefs (AR) in the vast GBR Marine Park.

I get the policy for artificial reefs, and you don’t need more reefs in a park with 3000+ reefs and shoals to fish. What about FADs? They don’t want them – even in areas well away from the reef.

Along the east coast, state Fisheries departments have run FAD pFAD rograms of FADs in barren areas of the ocean that help aegate pelagic fish and enhance fishing opportunities, with species such as the fast-growing dolphin fish are are a prime candidate to provide sustainable fishing opportunities that actually draw fishing pressure away from the reef’s demersals.

Reading the literature review behind the policy decision, they state that a FAD’s risks include “overfishing pelagic species, including juveniles; disrupting movement and migration and attracting fish from other habitats, as well as overcrowding and user conflict issues.”

It sounds like they don’t want them because people might keep undersized dolphin fish. Or they’ll get overfished? It sounds like a public servant who doesn’t want to process paperwork and doesn’t pass the pub test.

… GBRMPA are openly anti-fishing these days; they feel their job is to restrict fishing. It’s funny they sounded like they thought they were God themself in their draft policy and were helping create life from strands of amino acids.

Our (AFTA) members rely on participation and sound management and clearly not the GBRMPA.

Fisheries Qld’s (FQ) latest FAD effort has been an overwhelming success. Personally, we loved the idea from the very outset and sponsored all the FQ giveaways promoting it.

As Steve Morgan mentioned, fast-growing and sustainable species like Dolphin Fish have been regular visitors. This year, the Blue Marlin fisherman found a home in the underwater ones early in the season when the current is still humming, and this has extended the Blue Marlin season.

What this means for fishing is that we have seen 100% of the charter fleet and 80% of daily fishermen targeting these areas and not solely the traditional slow-growing reef species. That is good for our industry as these species will likely have further restrictions.

AFTA supports FADs 100%; we should sponsor any FQ measures to increase or advocate for more FADs.

Artificial Reefs (ARs) are sometimes looked at in the same way as fish farms; my view, and that of our members, is that the GBRMPA enforcement area has loads of space not even close to the GBR.

ARs in these areas would reduce reef-orientated visitation from fishermen. You only need to look towards Brisbane, where the reef cages have eliminated much of the island-based rocky reef pressure in the southern bay.

I believe AFTA should advocate for any artificial reef proposals.

The draft policy is open for comment from 11 January 2023 to 12 April 2023. Visit the consultation underway page for more details. AFTA will submit a submission; if you have comments, please forward them for inclusion.

It is not long before the 10th World Recreational Fishing Conference, hosted by the Victorian Fisheries Authority (VFA) (https://wrfc10.com) on 20th – 22nd February in Melbourne. The international conference is expected to attract around 400 delegates from 20 countries (registrations open until 16 February), and that in itself is good for Australia. 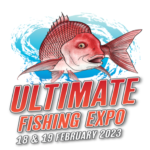 Ahead of this, on the 18th & 19th of February will be the Ultimate Fishing Expo, where AFTA members will help focus the Tackle and Boat Expo with the latest in fishing gear technology to Recreational Fishers with the latest in product displays and expert advice.

A full program is available here.

Both events will be held at the Melbourne Convention Exhibition Centre.

I look forward to meeting with you there.