What an election and what a result for fishers through the hard work of AFTA.

AFTA congratulates incoming Prime Minister Anthony Albanese on winning office and thanks outgoing Prime Minister Scott Morrison for the work they have both done. It is hoped the recreational fishing industry can develop the personal support of “Albo” as we did from “Scomo” to promote and benefit our industry.

Through the alliance ASBA (AFTA, SIA, BIA & ARFF), we lobbied and, more importantly, delivered election commitments on behalf of the 5 million fishers from the Labor Party & Liberal/National Party not to introduce further Commonwealth Marine Parks Lock-Outs. This is a significant win for fishing, particularly after 2019 when Labor, under then Shadow Minister, Tony Burke MP, was committed to reverting to the 2013 Commonwealth Martine Parks Plan, which was intolerable and inequitable.

It was more than disappointing that there was no published recreational fishing Policy from the Labor party. We as an industry need to work with the new Labor government as well all other parties to advance our cause overall, such as those items outlined in the ARFF Manifesto.

AFTA will hold its November Board meeting in Canberra and use the opportunity to engage with our political leaders and the cross-party “Parliamentary Friends of Recreational Fishing”.

Now the election result is largely in, the best way to check what happened in your area is to look up the AEC Website.

Finally, after 2 years of COVID isolation and restrictions, the Board could meet face-to-face for a full day meeting in Hobart.

Besides working through an agenda for the 2022 and future trade shows, we spent considerable time discussing strategies for the impending Qld Spanish Mackerel & WA Demersal restrictions.

AFTA will not take a back seat on this or any other issue that will affect our industry, and we make no apologies for fiercely representing the interests of our members! 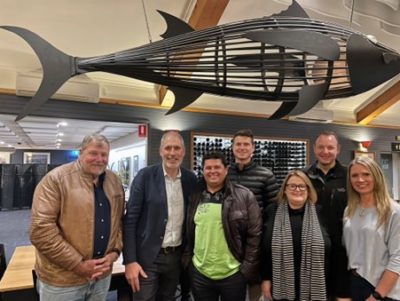 Please see May 2022 Meeting Minutes for further detail, which will be available to all members on our Member Resources page within the week.

We were also able to catch up with newly elected Tasmanian MP Nick Duigan, Member for Windermere (Launceston area), perhaps better known as the former joint host in Hook Line & Sinker with his mate Andrew Hart.

It is so good to have a person who not only fishes but intimately understands how our industry works in the parliament as a decision-maker. Nick has an amazing family and personal journey, which was presented in his maiden speech to the Tasmanian Parliament. 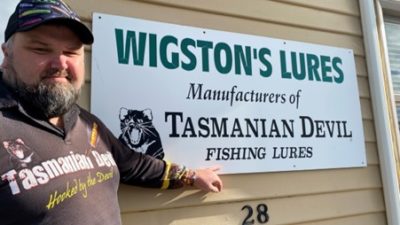 Whilst in Hobart, I took the opportunity to visit Wigston Lures at Derwent Park courtesy of owners JM Gillies and Wigston Lures General Manager Justin Causby. This is a part of my work identifying and promoting Australian Made fishing gear and the jobs & economic benefits they provide for Australians. See the full story here.

The Qld Spanish Mackerel Survey closed on May 5th, and subsequent discussions identified that 1748 Surveys were submitted, with 78% identifying as recreational fishers.

The hard work now begins, to refresh yourself with the issue, please see previous reports: Minister Furner’s Response to Question on Notice & 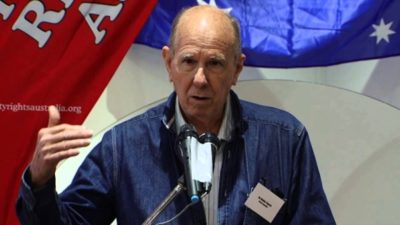 AFTA’s Response to Survey, and we welcome a scientifically balanced report on the Spanish Mackerel issue, Dr Walter Stark (PhD in Marine Science from the University of Miami USA) published “More Fishy Claims About the Reef” posted in Quadrant Online.

Disclosure: I have personally known Walter for a significant number of years. I had the pleasure of accompanying Walter in 2010 on a small research project in Dobu Island, an extinct volcano in PNG, onboard MV Seafaris, where Walter was studying the effects of heat and acidic water on marine growth.

Later this month, I will be representing AFTA at meetings in Perth with The Hon. Don Punch MP. Minister for Fisheries (WA) to discuss sustainable management options for the management of Dhufish & Snapper in WA.
I need to thank AFTA Members Tim Farnell, West Australian Family fishing Alliance (WARFFA), Brian Marshall, and all the West Coast Demersal Scalefish Expert Working Group members for their commitment and work on this issue.
For an industry where the value of recreational fishing to the WA economy was recently estimated at $2.4 billion per year (McLeod and Lindner 2018) with, recreational fishing in the Mid-West, Wheatbelt, Metro, Peel and South-West regions is estimated to be worth over $1.7 billion per year we cannot be taken for granted.
Whilst there, I will be meeting with the West Coast Demersal Scalefish Expert Working Group, RecfishWest and AFTA Retail & Wholesaler members. I will provide an update report for members next month.

The next election on the horizon is the NSW election on March 25th 2023, and time is running out to put forward a positive agenda submission for recreational fishing.

We as an industry will need to start to lobby Minister Dugal Saunders MP & Opposition Shadow Minister Mick Veitch MLC and engage with the cross-bench on issues and opportunities for the recreational fishing sector. It is essential to seek strong support for our industry as the election policy books will draw to a close before Christmas.

However, it is disappointing that the NSW Government has dragged the chain on the NSW Marine Parks Issue, with the reviews now well beyond the originally planned dates.

We need to acknowledge the continuing support of the Coalition Government for the funding of Phase 4 of the AFTA – Marine Teachers Association of NSW “Let’s Go Fishing” School-based program. Such is the success that additional schools are joining up, which means even more educated young rec fishers in the future. The current grant will also support the development of another series of educationally-based video teaching resources building on the current six-part series.

The AFTA “Let’s Fish” has rolled out across South Australia & Queensland. The NSW Let’s Fish is being finalised, and a launch date will be in the very near future. The State Governments and AFTA jointly fund these campaign programs; they are designed to create awareness and appetite to go fishing for those who rarely fish and think about fishing but need a trigger to have a go. If you want to grow your business, get involved and use these videos as a marketing tool for your own business.

Remember, they are not designed to reach out to the dedicated rec fisher but to attract new fishers to the recfishing family. Videos are available for download here.

Tight Lines and I look forward to seeing you at the Trade Show.