The Recreational Fishing community need to engage directly with their Local MP on issues of concern, just like other groups such as the Greens do, we cannot just leave it to others!
The Hon Bob Baldwin

AFTA has been extremely busy on many fronts since the very successful Trade Show.

With the issues across the many States that we have been working on, AFTA has continually put out the AFTA Action Plan for members to share with their networks. It is critical the engagement continues as it is the only real way to get a satisfactory outcome.

The Recreational Fishing community need to engage directly with their Local MP on issues of concern, just like other groups such as the Greens do, we cannot leave it to others!

The Queensland Government has handed down what we believe to be a very detrimental decision on the Spanish Mackerel fishery and of great disappointment to the 943,000 anglers in Queensland. Read the statement here.

AFTA has written to Minister Furner expressing deep disappointment and concern with their decision.

Members need to be aware that AFTA has been fighting the Spanish Mackerel issue for nearly 2 years, teaming up with the Boating Industry Association (BIA) & Game Fishing Association of Australia (GFAA) to present a united front at meetings with Minister Furner and QLD Dept of Agriculture & Fisheries. AFTA was represented by President Michael Starkey, Qld Director Kord Luckus and myself.

It is critical to understand that had AFTA not engaged with the Government when we did, recreational fishers would have been looking at 12-week closures instead of 6 commencing in July 2021 as well as other detrimental measures outlined in the East Coast Spanish Mackerel Working Group Communique 17-18 May 2021. This was followed by Communique 7-8 February 2022  and finally Communique 21-22 March 2022.

AFTA note as stated in the above communique the QLD DAF will engage with the NSW Government on Spanish Mackerel management, AFTA has already been engaging with NSW Ministers on this issue and the response from NSW is that they will make their own independent decisions.

AFTA will always support sustainability measures based on sound science, however, the application of sound science does not appear to be the case in this instance. In that vein we asked the Minister, as a matter of urgency for further detailed and comprehensive scientific study in conjunction with FRDC on Spanish Mackerel aggregation, breeding patterns (triggers) & locations so sound science can be accurately relied upon in the future.

For further information, the Spanish Mackerel stock assessment can be read here.

AFTA Members, Tim Farnell, Brian Marshall & Ash Ram through the WARFFA have launched an online petition in the WA Parliament calling on the Government to review the proposal by the Department of Primary Industries and Regional Development (DPIRD) to ban demersal fishing between 8 and 9 months a year as it does not align to the objects of fisheries legislation. See the petition here. At the time of writing this report, the petition has had 17,337 Western Australians sign up, I have to say that for an industry of 620,000 Recfishers that contributes over $2.4 billion dollars to the WA economy every year the treatment of recreational fishers by the government is of concern. 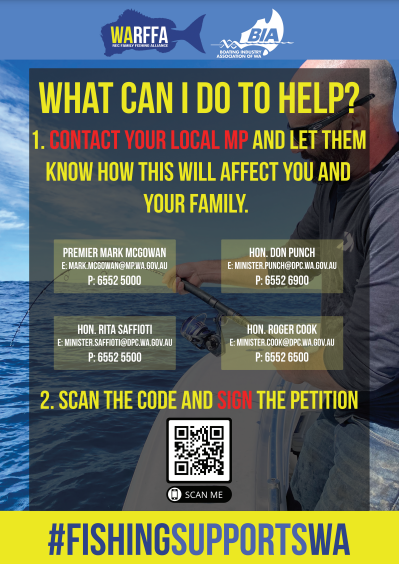 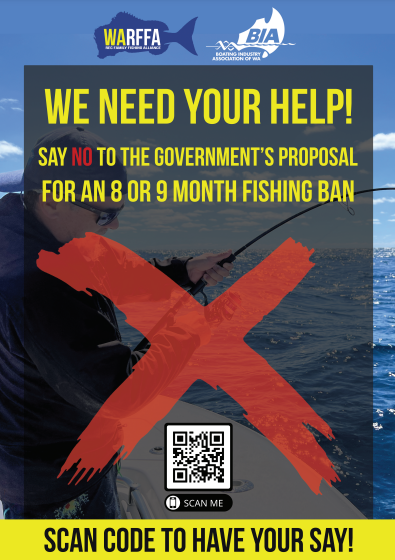 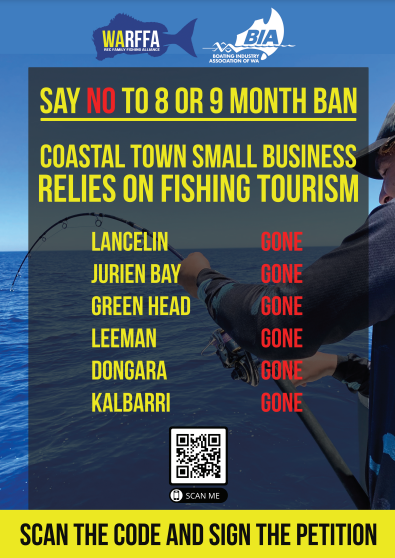 It was also of interest to watch Minister Don Punch respond to a “Question Without Notice” from Shane More MLA, Nationals on the Demersal Fishing Ban in the parliament. I will leave it to you to make your own opinion of his response to the question. And just when you thought it couldn’t possibly get worse, the WA Government has decided it was time to slip in another review by the WA Dept of Primary Industries and Regional Development “Maintaining quality recreational fishing experiences in Western Australia” – a review of statewide finfish management was released in August 2022 and closed on the 16th of September. If they want genuine feedback, perhaps they should have made it more available!!

AFTA has been in constant dialogue with Fisheries Minister Dugald Saunders and Opposition Minister, Mick Veitch. With an election in March 2023 putting forward positive policy ideas on behalf of our industry is important. AFTA wants to see the introduction of the successful Women in Recreational Fishing program in NSW which has been an outstanding success in Victoria and now Queensland.

Better distribution and a greater return to Recreational fishers, both salt and fresh of the licence fees collected from recreational fishers would be a way to start. Concerns are often raised about Recreational Fishing license fees being spent on the normal operations of government by the Department instead of direct benefit to fishers. This practice has continued under both political parties since its inception and is just not palatable.

More of the recreational fishing funds should be spent on fish habitats both inland waterways and offshore artificial reefs than on fisheries officers and the normal research programs of government. Recreational fishers are generally lucky that NSW has had a good policy mix over the past term and

AFTA has been appreciative of the DPI Fisheries Director’s monthly engagement with the peak bodies however it is noted the delays in the policy changes on Marine Parks and completion of the reviews are of concern.