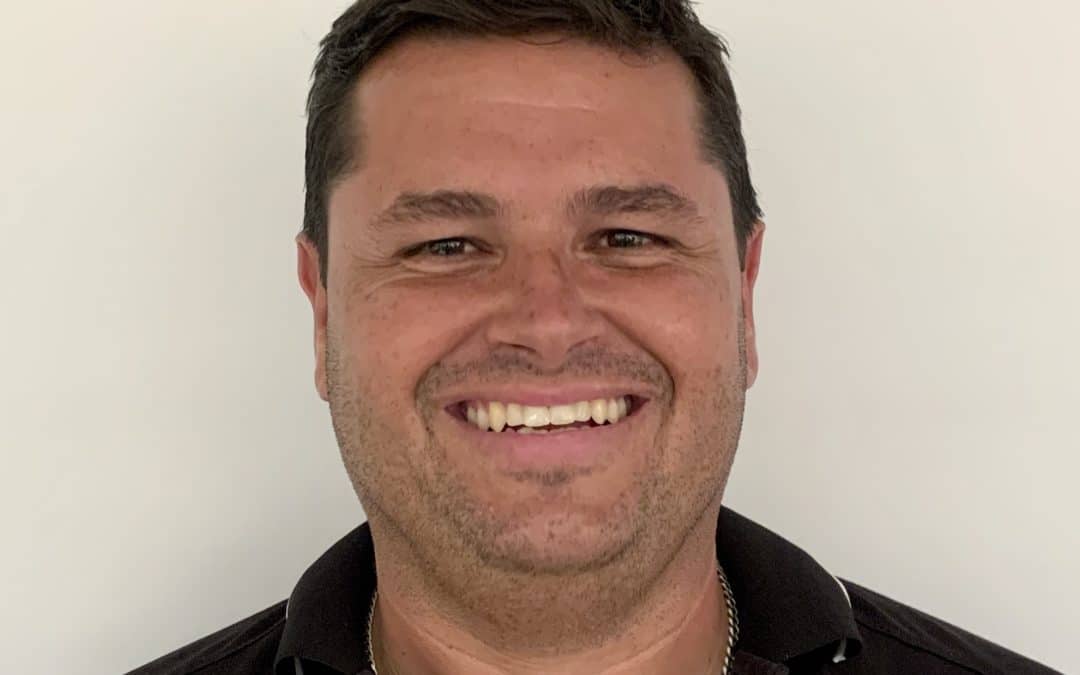 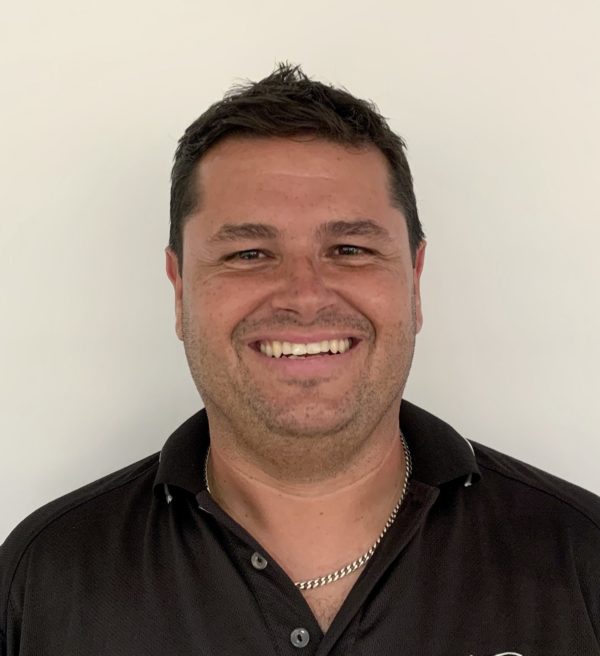 Another year has passed, and who would have thought we would be still here talking about lockdowns and COVID-19! The last report hinted to be a good situation for our industry’s sales, and well, it has followed through the last 12 months has been a massive boost for the recreational fishing industry. While travel restriction for parts of last year did slow domestic travel down, overall, people are mostly free to move around with lockdowns becoming smarter. By that, I mean not whole states, just affected regions, and shorter allowing people to get on with their lives and enjoy the outdoors and fish!

Last year saw quite a few things happen in our industry and the new full committee after the elections in 2020. As you may know, the positions have were filled by Kord Luckus from Wilsons, Ben Scales from Jarvis Walker, and Alicia Bolitho from Tackle World Port Lincoln have value added to the committee in different ways.

This year saw board members Alicia appointed to the Minister’s Recreational Fishing Advisory Council in South Australia and Kord to the QLD Crab Fishery Working Group. These appointments are great news to ensure AFTA’s voice on recreational fishing is heard. AFTA is continually trying to get behind the scenes to the decision making groups before decisions are made. This is one of the ways AFTA helps protect our industry from biased and uneducated decisions.

This leads to what AFTA is about? The question that has been thrown around for years to make sure everything AFTA does fits inside the scope of the constitution and what AFTA stands for. The board has worked on this in the last 12 months to get something down to make sure everything we do goes inside a framework. This was resolved and came back to be based around two simple questions:

So now, if AFTA looks at doing anything first, it must run through the questions above, this way we keep AFTA inside the scope of works covered by asking the questions above, and if something does not fit, then it should not be a priority for AFTA to spend time and resources on.

It’s been a busy 12 months for AFTA. We are pleased to have finished and be presenting at the show; Let’s Fish Australia. This campaign is something I have personally been working on as part of my pledge when I took over as President. I wanted not only to be involved in the political scene with AFTA but use AFTAs resources to promote fishing to new or get people back into fishing.

Let’s Fish Australia is based on the mental wellbeing and sustainability of our recreational fishing industry; it is a series of 15-second ads to use on social media and TV advertising. With this in mind, we applied for a few state-based grants to create and distribute these videos.

The SA government was the first to sign on; we received a grant to produce Lets Fish SA. We customised these videos to be around the mental health aspects of fishing. Using local footage to promote this, we delivered twelve videos. The government is currently deciding how they will distribute. AFTA will assist this and pledged to create a $10,000 marketing campaign in SA.

Next was the QLD government with a grant for Let’s Fish QLD. These grant conditions were different, so there was not as much customisation; we sourced local footage and used generic voice-overs to help keep as much as possible in the marketing budget of these videos. We delivered six videos; they’re in the final stages of government approval and will be ready for Launch by Minister Furner at AFTA tradeshow public day. Great to see the Minister making an effort to attend the show and launch the campaign. A $10,000 marketing budget (from the grant) has been allocated for Lets Fish QLD.

In NSW, AFTA has applied for a similar grant for Lets Fish NSW but have yet to hear back hopefully; by the time of the AFTA trade show, we will have had news on this front.

This leads to the rest of the marketing budget for Lets Fish Australia, on top of the government grants. Last year with the raised Bushfire funds, most of which were allocated to southern NSW and VIC, the committees had big plans, but COVID saw the cancellation of planned activities. The committees decided to put the money back into the pool, and a new committee formed. This money means there is an advertising budget of $124,000. Part of this is a promise to support the Bushfire regions and create custom videos for ‘Let’s Fish to support the bushfire victims’ and help promote fishing in their regions. The rest is for fishing in general in regional areas via mostly a TV campaign and social media. This campaign is due to be kicked off in July, building into summer to remind people to go fishing still even if travel is allowed and people don’t fall back into their busy old ways.

So overall, the Lets Fish Australia in various state forms and national will be the largest AFTA initiative in the marketing of recreational fishing ever done.  This is great news, and we hope all the wholesalers and stores get on board and help promote and use the Lets Fish branding. A website and social media page will be set up shortly to make it a complete marketing brand that we hope to use for a few years to promote fishing.

Another AFTA grant project in QLD, headed up Kord and just in the final stages of implementation, is the Indigenous Youth Recreational Fishing Cultural Exchange Program. This program aims to train indigenous youth leaders in modern recreational fishing techniques; they will teach our presenters about traditional fishing techniques. The filming of these workshops will allow this cultural information exchange to reach a much wider audience through various distribution methods. This is a great campaign and, so far, a massive success; we hope that this will continue in the future and maybe even expand to other states.

Also applied for this year but no answer to date, the next stage of the NSW Schools Program, this next stage is based on intermediate videos and top up of fishing gear for existing and new schools via the Marine Teachers Association. A great program to get NSW schools involved in fishing and give them the equipment to get hands-on fishing experience.

The federal government also released a grant for events, the Business Events Grant; this grant program was for Business-to-Business events to help them get back on their feet and help businesses reduce the costs of going to an event. AFTA was successful in their application, and the AFTA show became an approved event, meaning that as long as you meet the government grant criteria, the business can obtain up to 50% of its costs of going to the event. AFTA promoted this to the exhibitors and have since heard back that a few businesses in AFTA have been successful in obtaining the grant, which is excellent news for our members.

Over the year, AFTA has also invited guests onto the board meetings to get some local knowledge or information to help AFTA make a decision; these include Fishcare Victoria, which some members are currently helping them with gear they need to promote and educate fishing in Victoria, we have had The Hon David Basham, SA Minister, it is excellent to get to this level in states to help them get the best outcome for recreational fishers as mentioned earlier. We have had several meetings with the QLD fisheries minister, The Hon Mark Furner. Minister Furner was receptive to the issues AFTA raised, including but not limited to the ability to fillet out at sea, Black Jewfish and the tie to commercial fishing catches, Mackerel report and incorrect data used in obtaining these biomass estimates. These are ongoing issues, and like all these things, AFTA has taken a stance not to publicise these meetings on social and make a big deal about it; AFTA can achieve more by working in the background. Now the government is listening, they will listen to those who have not bashed them, and this is where AFTA stands, politically neutral, just trying to get the best for Recreational Fishers.

Other initiatives this year saw a membership drive, the 1st step in growing AFTA membership; this was successful in obtaining new members. Any independent retail member that joined before April received the same amount in a travel voucher back, which was great to keep the cost for new and existing members neutral and encouraged these members to use the travel voucher to attend the AFTA tradeshow.

The second initiative is the retail voucher of $750 for attendance at the AFTA show; the board had many discussions on how to get retailers to attend the show in the current environment. The best way we can think of was to financial support the retailers by giving them money, which they can spend at the show, that way also supporting wholesale members who have paid to attend. This has been well received, and we hope that this will be the final hurdle in the decision to get people to attend the AFTA Trade Show.

On the AFTA tradeshow, so far, numbers are actually better than previous years, but this could be more people pre-registering or the voucher working. Either way, it is encouraging to see and hope the numbers continue to grow so we can get similar numbers or even better than the past.

As for the show itself and exhibitors, there have been a few decide not to come. Still, the majority and all the major players are booked and are coming to the show, also a few new people so overall the show is looking good and worthwhile to attend, but don’t forget, one of the most enjoyable things to come to the show for is the social networking functions, where else do you get to catch up with like-minded business owners in the same industry to have a chat. There are two functions, the Thursday arvo drinks in the show, as well as the annual Gala dinner, which is the awards night also.

On memberships, you will have now read that Network Insurance Group (Steadfast) have become a partner of AFTA. I know a few members have joined up, including myself, and this saved my businesses over $6,000 on like for like insurance, so that is a significant saving, and if you have not got a quote then on your next renewal, check them out.

AFTA is trying to find more ways to value add your memberships and looking at options currently, so if you have any ideas on what AFTA can do to support your business, please let us know.

But enough from me, Bob, in his report will have filled you in more details about the political stuff and best wishes to everyone and hope our industry continues to grow.