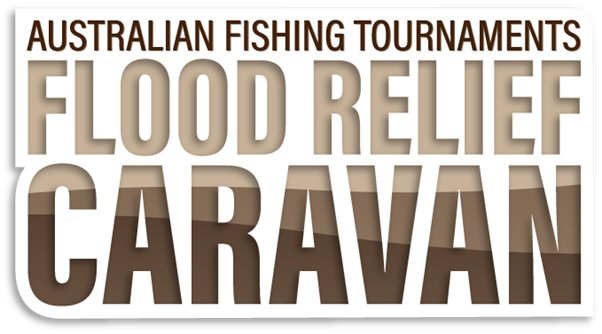 In March 2022, vast areas of the NSW north coast experienced never seen before flooding and damage. Thousands of families were affected, with water reaching levels never seen before. Local family-run fishing tackle business Frogleys Offshore was affected on several fronts. Michael, the director of Australian Fishing Tournaments and Frogleys Offshore, had his home inundated with dirty brown floodwater. Frogleys Offshore director and Michael’s father, Paul Starkey, also had his home destroyed by rising water. In addition, several of their staff also lost their homes or were heavily affected.

Having grown up in Lismore, Michael was aware of the suffering going on in that town. He was quickly able to get into the area with a boat and help evacuate or assist stranded flood victims in both Ballina and Lismore. Having first-hand knowledge of the situation on the ground, he knew the challenges locals were facing.

“While there are many government services on the ground in some areas, we felt as a business; we had to do something ourselves to help people in affected areas and the fishing industry which we are a part of. Many stores may no longer be able to survive, and fishing is a rite of passage for many people in these areas. For some, it is the key driver for their relaxation time.” Michael said

And so, the Flood Relief Fundraiser was born!

The aim was to support local flood-affected communities; many of these communities also rely on the fishing industry as a valuable business input into their region. 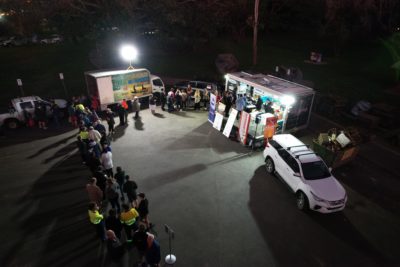 Over the next two months, Michael rallied the fishing industry and, together with suppliers and other fishing industry companies, managed to raise over $65,000 in cash. The support came from suppliers such as Fuji, Frogleys Offshore and Atomic, and the industry with Shimano and Pure Fishing jumping onboard. The cash was converted to tackle store vouchers and distributed to locals via a series of fishing tackle flood relief drops at key locations in affected communities. Local stores and other businesses also attended some locations bringing a community feel to the relief sessions.

In conjunction with the vouchers, Frogleys Offshore also provided other tackle and products valued well over $100,000 in total.

Locals received the voucher for their chosen participating local independent fishing tackle store, helping them get back on their feet and having the dual effect of helping flooded fishos and businesses.

This amazing work driven by Michael, a local Ballina family business, and supported by contacts in the industry and beyond handed out over $160,000 in cash and products combined with the hope that even some of those affected can get back out there fishing and enjoy a valuable way to relax after such a challenging time.