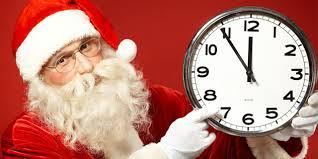 Do not wait to place orders for Christmas, or you and your customers may miss out!

With the craziness of the year that was (and still is) 2020, worldwide freight and supply issues have created a flow-on effect to many countries, including Australia. Time is running out to get stock through your doors.

International trade has suffered a major downturn due to COVID-19. The ‘normal’ movement of full and empty containers to meet demand has been restricted. Shipping lines have reduced capacity in trade lanes by removing ships from service and now available space is considerably reduced. China also has a huge backlog of cargo waiting to be exported and not enough containers are available in China or space available on shipping lines to move the cargo. There is a great amount of uncertainty with bookings, overbooking of vessels, rolling of containers to later shipments, last-minute changes, extremely high freight rates, and additional surcharges.

As an example of escalating freight rates, base rates out of Shanghai have increased by around 94% over the 4 months from May to September 2020. As a direct result of ongoing protected industrial action by stevedores (Maritime Union of Australia) Sydney terminals have become so congested that shipping lines have introduced surcharges in the order of USD300 per TEU for all import and export containers where they are required to call Port Botany. Some lines are electing to bypass Sydney and are discharging containers in Melbourne and Brisbane. Australia imports a lot more full containers than it exports.

In Sydney, many empty container parks are at capacity and have closed to import de-hires, citing weather disruptions, berth and container terminal congestion and stevedore industrial disruption as major contributing factors. Importers, particularly in Sydney, will have difficulty de-hiring import containers and may then be subject to additional/double handling costs by transport operators for short term storage at alternate facilities or futile trips, and detention charges for late de-hire.

One shipping line has already announced extended free days before detention is charged, however others have not followed. Importers wanting to avoid potential detention charges, should allow a minimum of 3 days for the collection and de-hire of each container is advised, but even these measures may not avoid additional charges in the current marketplace.