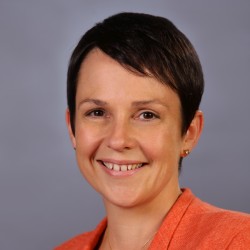 The Australian Fishing Trade Association (AFTA) congratulated the Victorian Minister for Fishing and Boating, Jaala Pulford on the passage of the Marine and Fisheries Legislation Amendment Bill 2019 today, which within its measures sees the Government fulfil its election commitment to buy back the 10 commercial netting licenses on Gippsland Lakes.

AFTA Chair, The Hon. Bob Baldwin said ”The Victorian Government and Minister for Fishing and Boating, Jaala Pulford in particular have shown further commitment to the Recfishing sector today by delivering a key election promise that will benefit the community as whole”

“AFTA strongly supported the Victorian Government’s previous removal of commercial netting from Port Phillip Bay, of which the economic and environmental benefits are abundantly clear not only to Recfishers but to the whole of the community” Bob Baldwin said.

“AFTA consulted with its members on the Gippsland Lakes buy-out policy and decided to throw its support behind delivering this outcome for not only Victorian recreational fishers, but for those from interstate and overseas who bring with them tourism income to Victoria” Bob Baldwin said.

AFTA represents all the fishing tackle industry at a wholesale, import, manufacturing, media and retail level with members right across Australia.  As the National collective representative organisation for the recreational fishing industry, AFTA’s role is to work with elected governments for the advancement of the recreational fishing industry, both in a business sense and a pastime experience.

Whilst AFTA will not advocate whom to vote for, we will advocate on issues important to our members in a non-partisan manner.   We believe that these actions to remove commercial netting in Gippsland Lakes will truly improve recreational fishing for all Victorians and increases the economic benefit to Victoria.