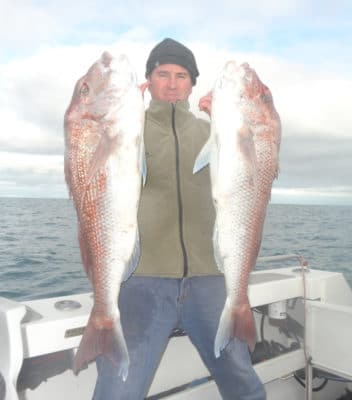 Recreational fishers will be allowed to catch two snapper per person per day or six per boat but it will be mandatory to report catches through the Department of Primary Industries and Regions Recreational Fishing App.

The new rules replace the snapper tag trial which was run this year for recreational fishers. The charter boat sector has requested continue to use tags and the State Government has accepted this recommendation.

Minister for Primary Industries and Regional Development David Basham said a total closure on snapper fishing for the Spencer Gulf, West Coast and Gulf St Vincent is currently in place until 31 January 2023 with controlled fishing allowed in the South East between February and October each year.

“The Marshall Liberal Government wants to encourage people to get out to the regions and try their hand at fishing,” Minister Basham said.

“The daily catch limits will replace the recreational snapper tag trial we ran in 2020 after feedback was received from the Minister’s Recreational Fishing Advisory Council and the Snapper Management Advisory Committee.

“Anyone who plans on heading out to catch a snapper will need to download the Recreational Fishing App and is required to report any catches.

“Unfortunately the latest stock assessments show critically low snapper numbers in our gulfs and prompted the need to close the fishery to ensure future generations will be able to catch snapper in South Australian waters.

“The Marshall Liberal Government will continue to base our fisheries management decisions on the best available scientific information as well as expert advice.”

Snapper catch limits for the commercial sector have been set at 36,000 kg from 1 July 2021 to 30 June 2022. Recommended management arrangements for recreational and charter boat fishing in the South East from 1 July 2021 will be considered by the Snapper Management Advisory Committee in early 2021.

You can download the app in preparedness for 1 February 2021.