Nine-month west coast demersal closure? There is a better way ….

CEO of RecFishWest Dr Andrew Rowland says; Following last week’s shock announcement about the Government’s proposed nine-month west coast demersal scalefish ban, we have written to Minister Punch. We have asked him to explain how the package of 17 recommendations we put forward in July did not meet the Government’s catch reduction targets.Our recommendations were developed after months of hard work, working through the responses from the biggest recreational fishing survey in WA history and with months of considered input from our West Coast Demersal Expert Working Group.  READ THE PACKAGE OF WEST COAST DEMERSAL RECOMMENDATIONS WE MADE TO THE GOVERNMENT HERE We have also asked the Minister to restore the public comment period back to six weeks as originally agreed, rather than the four we have now been given.The Government’s current proposals largely ignored key recommendations we put forward – including a dhufish spawning closure during the peak spawning time. Instead, the Government is asking fishers to choose between two totally unacceptable options that will cause a huge amount of social pain and economic hardship.We worked in good faith over the last few months, yet after all the input from the community and the constructive solutions put forward, we learnt through the media that our package was deemed by the Minister to be insufficient to achieve the desired catch reductions. We have not been informed how each element of our package was assessed and exactly where the package was deemed to have fallen short of meeting the challenge set by the Minister.IN CASE YOU MISSED IT – RECFISHWEST ON NINE NEWS 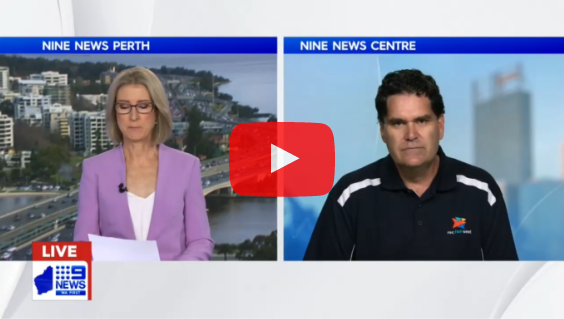 We’ve already been contacted by hundreds of fishers concerned about the impact this will have on their way of life, as well as regional caravan park owners, charter operators and tackle shop owners who hold grave concerns about the future of their businesses if these proposals are implemented.There is a better wayWithout question, there is a better way to speed up the rebuilding of these fish stocks – which are not in “decline” as has been suggested in the media. The fishery is deemed sustainable by DPIRD in their latest State of the Fisheries report classifying this fishery as “recovering at an acceptable rate”.Only giving fishers the choice between an eight or a nine-month ban is simply unacceptable, especially while we know our package will achieve the required outcomes with much less economic and social carnage. We have asked the Government to explain how our recommendations were assessed and where they fall short.  What you can doWe will be communicating with you and the wider fishing community on our course of action right through the consultation period and beyond. We appreciate your support and we’ll stand strong to protect your fishing experiences and the fish stocks upon which these experiences rely. Many people are asking how they contact their local MP to let them know how the proposals will impact them and their families. If you need tips on how to reach out to your local MP, our guidelines here should help.