Something Fishy with SA Snapper Closure 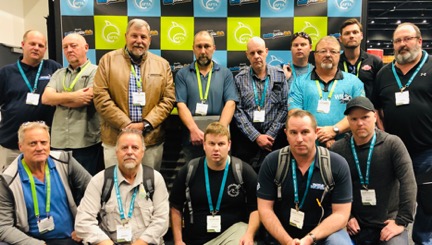 The Australian Fishing Trade Association (AFTA) have warned the SA Government that the gloves are off over the radical plan for closure of the SA Snapper Fishery from 1 November 2019 to 28 February 2023.

“The greatest impact of the four-season ban will be on Recfishers and the many small businesses they support.  It’s not just the tackle shops that will be impacted, but the whole of the tourism sector” AFTA Chair, Bob Baldwin said.

“By choosing “Option B” the SA Government has shown it was only prepared to serve the interests of Commercial Fishers, the very people who have overfished Snapper stocks for decades.”

“Option B” allows Snapper to be caught (seasonally) to the South East of Kangaroo Island.  These waters present hazardous situations for Recfishers in small boats, yet suit the work of the commercial fishers.

“To add insult to injury, the SA Government is not providing any financial support to the retail industry, yet is spending Recfisher tax dollars compensating the commercial fishery.”

“What defies logic, is the government has not addressed the key issue into the future, “Bag Limits”

“AFTA recognises the need to develop a sustainable Snapper Fishery and that is why in it’s submission to Minister Tim Whetstone, AFTA highlighted the need to reduce bag limits to 1 fish per person per day, to develop a tag and release program and to introduce a recreational fishing license so the government had a better understanding of exactly how many Recfishers are in SA and an accurate assessment of their impact.

South Australian AFTA members have expressed deep concern over the lack of details of the “Harvest Tag” system. Questions remain as to how many tags will be provided and who will receive them.

“Doing a low-level telephone survey on recfishing and then extrapolating the result across the state is “cloud cuckoo land” stuff, not the work of a government that wants to make informed, responsible decisions,” Bob Baldwin said.

“AFTA acknowledges that the Minister had to act after years of financial neglect by former governments, but this measure is like throwing the baby out with the bathwater and making Recfishers wear the brunt of the decision”

AFTA calls on the Minister to rethink the plan and adopt measures in AFTA’s “Option C” that make fishing safer, sustainable  and protect the reputation of South Australia as the home of supersized Snapper.