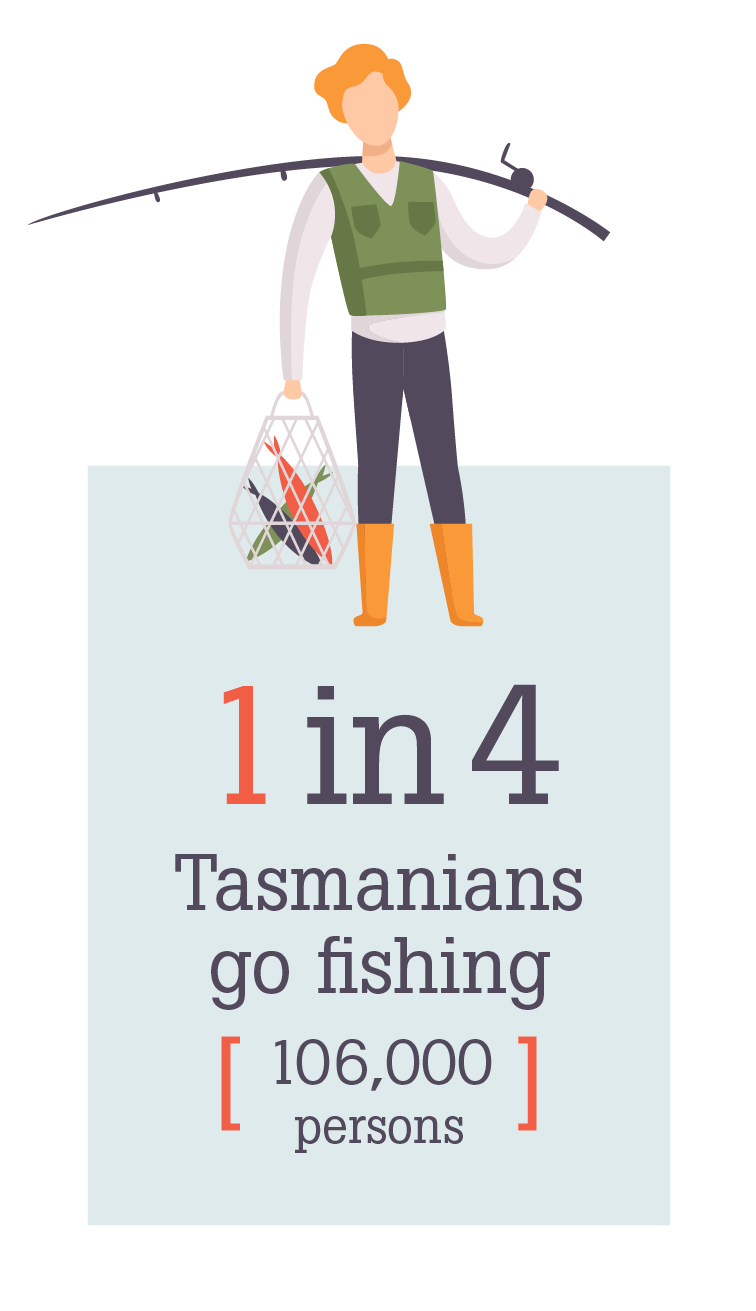 IMAS scientist and study leader, Associate Professor Jeremy Lyle, said the five-yearly survey, which was launched in by Primary Industry Minister Guy Barnett (pictured below), is designed to understand recreational fishing participation and catch, its overall significance to our island lifestyle and economy, and any recent developments in the fishery.

“The latest survey shows that one in four Tasmanians fish an average of five days a year, and fishers as a group spent a total of $161 million in 2017/18 on boats, fuel, fishing gear, travel and more – so the activity has clear social and economic benefits for the state,” he said. 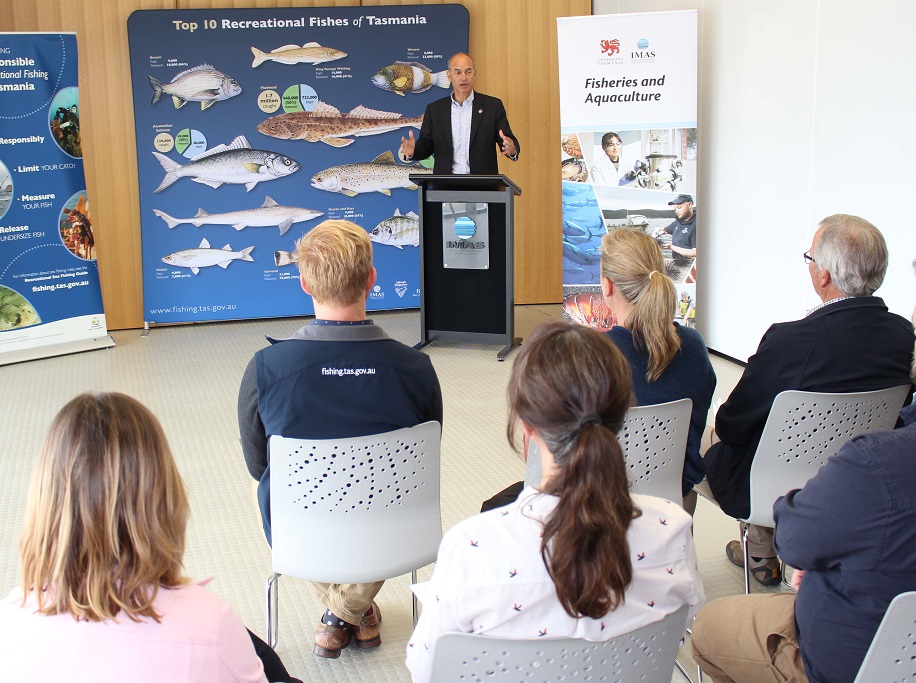 Over 3000 Tasmanian households were surveyed to see if they fished recreationally. Of those, 580 households (almost 1500 people) gave detailed information about their fishing activities over a 12-month period.

“Since our first statewide survey in 2000/01, we have seen changes in the fishery as well as some consistency.  For instance, Flathead have continued to be the mainstay of the marine fishery while Trout are the most common freshwater catch,” Assoc Prof Lyle said.

“Species such as Calamari and Bream have become increasingly popular among recreational fishers, while King George Whiting has emerged as a popular target marine species since the last survey in 2012/13.

“Over time, we have also seen a move towards more responsible fishing practices among recreational anglers, with more fish being released and with a greater awareness of good fishing handling practices.”

The Department of Primary Industries, Parks, Water and Environment (DPIPWE) funds this major study through a Fishwise Resource Management Grant, with added support from the Inland Fisheries Service, to aid the sustainable management of Tasmania’s recreational fisheries.