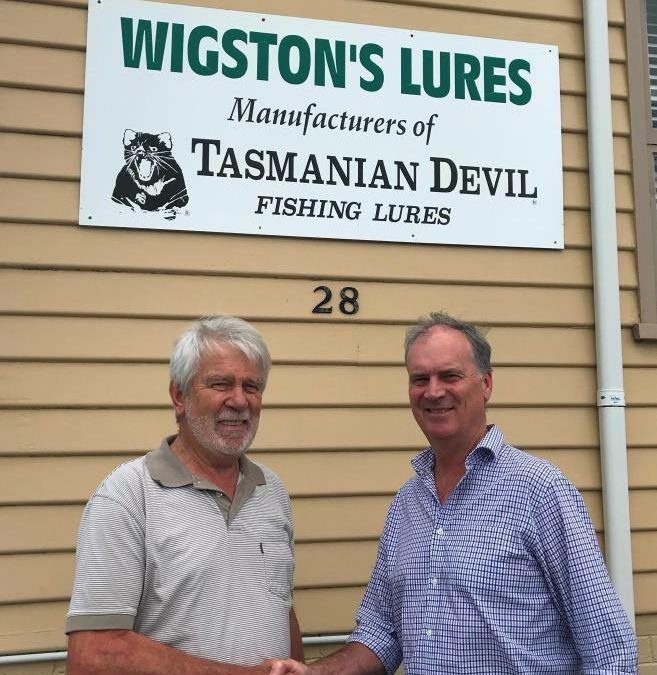 Ian Wigston was making ‘a lure’ in his home garage in the 70’s, that was quickly gaining popularity. As requests grew from anglers and fishing tackle stores both locally and interstate, Ian and brother Garth decided to take a chance, against the advice of their father Eddie, and take the lure to commercial production.

An instantly recognisable and truly Tasmanian name was considered to be an all-important facet of the lure and registration of the brand name Tasmanian Devil was granted in 1979. A true Tasmanian icon! A factory was assembled at the rear of the family electronics and sporting goods business in High Street New Norfolk Tasmania and production commenced. From this very humble beginning the company now ranks as the largest Australian made lure manufacturer.

The Tassie Devil brand has developed into such a success that around 70% of its 1 million lures made each year are now sold overseas earning export Dollars for Australia and sustaining Tasmanian jobs. In the process, Wigston Lures won 2 Tasmanian Small Business Export Awards, 1994 and 2018, both times making the National Finals.

Justin Causby, a born and bred Tasmanian is Manager of Wigston Lures and is fiercely proud of what his team manufactures in Tasmania.

Wigston Lures employs 7 staff, with over half the staff having longer than 15 years service and the longest 32 years.  When they moved into the Derwent Park factory in in the 1990’s they ensured the business still retained the cottage industry feeling of personal involvement by all staff.