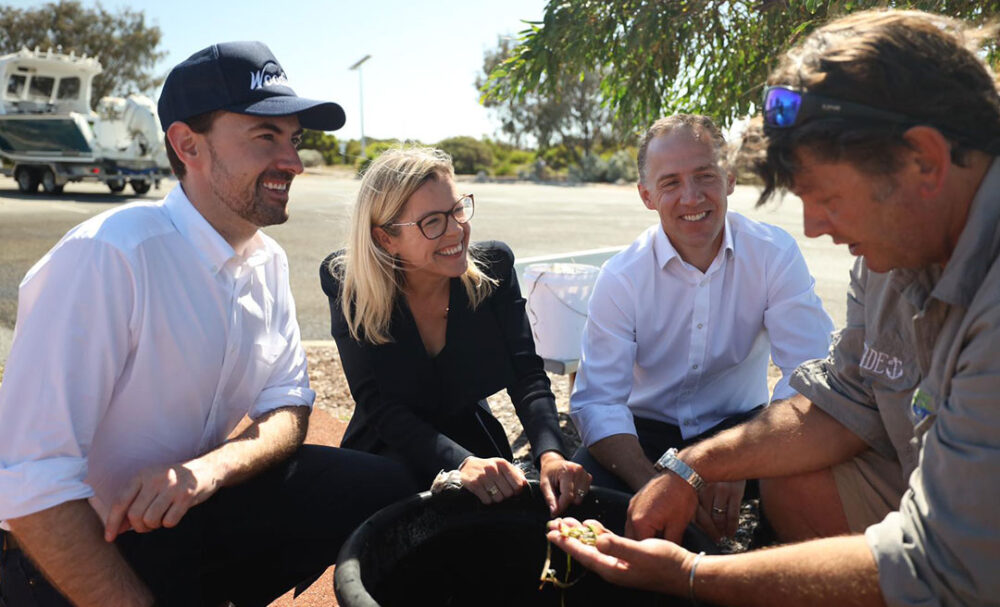 Zak Kirkup and the Liberals have committed $36 million to boost recreational fishing initiatives in Western Australia while emphasising their strong commitment to protecting Cockburn Sound.

“West Australians are lucky to enjoy some of the most pristine natural marine environments in the world and we want to make sure these are protected for future generations to enjoy as part of our plan for a better, brighter tomorrow,” Liberal leader Zak Kirkup said.

“Almost one third of West Australians go fishing, with a spend of $2.4 billion per year on fishing-related activities. The recreational fishing sector also creates 13,500 jobs in the WA economy.

“The Liberals understand the importance of the sector and will invest in the future of recreational fishing by protecting Cockburn Sound, putting more money into fish restocking programs and sustainability initiatives, and creating a dedicated recreational fishing team within the Department of Primary Industries and Regional Development.”

The Liberals plan includes $12.5 million over five years for fish restocking programs, funding for four artificial reefs at coastal erosion hotspots, and $1 million for safety measures, including improvements to land-based fishing through platforms, jetties and upgraded amenities at key fishing locations. There is also a $4.2 million commitment towards further protection and restoration programs of marine habitats.

Shadow Minister for Fisheries Libby Mettam said it was a plan for the future that would bolster the recreational fishing sector without jeopardising important fishing stocks and marine playgrounds, such as Cockburn Sound.

“The Sound, which is known to be the only place pink snapper spawn in the West Coast Bioregion, has already lost 80 per cent of its seagrass meadows, which are vital for helping protect young fish stocks,” Ms Mettam said.

“Under the McGowan Labor Government, we have seen a plan to build an outer harbour on Cockburn Sound without any real assurance that one of our most significant marine habitats will be protected and maintained.

“Further to the environmental damage, it will also result in the loss of thousands of jobs from Fremantle Port, a working, thriving port that is nowhere near capacity and is unlikely to be for decades to come.

“Unlike Labor, the Liberals commitment is about planning for the future while maintaining and preserving what we have today.”