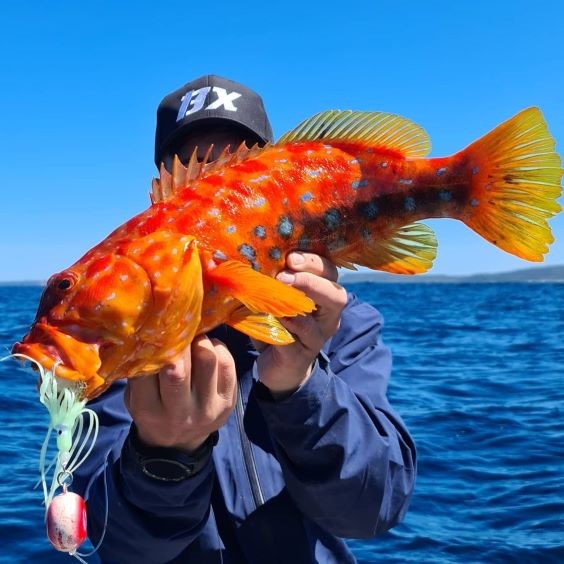 Recfishwest is representing local fishers’ interests in the early phase of developing plans for a south coast marine park. In October, the McGowan Government announced plans to create a marine park on WA’s south coast, which could potentially stretch up to 1,000km from Bremer Bay to the South Australian border.

Whether it’s from the shore or out on the water, WA’s south coast is home to tens of thousands of fishers’ fishing activities and is at the heart of the lifestyle they love. This is why it’s really important fishers’ values and interests are strongly represented in planning the marine park from the start — even though there’s a long way to go with the initial draft marine park plan not due until March, 2023.

Recfishwest Operations Lead Matt Gillett was in Esperance this week to meet with fishers, Traditional Owners, Department of Biodiversity, Conservation and Attractions officials and other stakeholders at the inaugural meeting of the south coast marine park Community Reference Committee (CRC) as part of the consultation process. Chaired by former Emergency Services and Corrective Services Minister Fran Logan, the 12-person committee includes representatives from across the recfishing, commercial fishing and conservation sectors and will play a key role in planning the marine park. In our role as the peak body for recreational fishing, Recfishwest is convening a recreational fishing Sector Advisory Group that will feed into the CRC and the development of the marine park plan. We will continue to keep you updated throughout the process.