“AFTA urges the Victorian Government to allow recreational fishing ASAP for those in Melbourne, there are direct health benefits from doing so.”

The sense of frustration and disappointment being relayed not from just our Victorian members but AFTA members across the nation about the lockdowns and in particular the restrictions on recreational fishing for those in the Melbourne area is taking its toll.

As I said before, it is disappointing that due to the irresponsible and selfish actions of just a few, it has impacted on the majority.   At the time of writing this report, the Stage 4 lockdowns implemented in the Greater Melbourne region remain, however luckily those in regional Victoria are still able to fish as a means of exercise ….. at this stage. AFTA urges the Victorian Government to allow recreational fishing ASAP for those in Melbourne, there are direct health benefits from doing so.

The cross-border impacts of COVID are affecting the recreational fishing tourism businesses across the nation and none more so than the fishing charter industry particularly in north Queensland with its marlin season suffering not only from no international clients but domestically with border restrictions from outside Queensland.

Border access arrangements appear to be changing almost daily with non-essential access as a means of controlling the spread of the virus in each state.  Please check the relevant government websites for up to date information.

The Northern Territory election held on Sat August 22nd saw the Labor Government returned.  It was great to see that all major political parties showed strong support for the Recfishing industry.

The Queensland elections are due on the October 31st, AFTA has submitted a policy request to all Political Parties ahead of the election. You can read the letter here.

Whilst COVID-19 has dominated the headlines; we must remain diligent that the Government hears the concerns of the recreational fishing sector.

In NSW, the DPI commenced a program “The Fishing Stream” live stream, the first episode was staged on August 14th at Nowra TackleWorld.

Episode 2 was held on September 17th at Batemans Bay, they plan to expand the initiative out from there. They are aiming to hold events at as many regional tackle shops as possible, covering info on key fish species and fisheries.

The Gippsland Lakes Recreational Fishery Plan 2020 has now been released; this plan has come about in part because AFTA worked hard with all politicians across the political divide in Victoria to ensure the legislation passed the Parliament to remove commercial netting in the lakes. 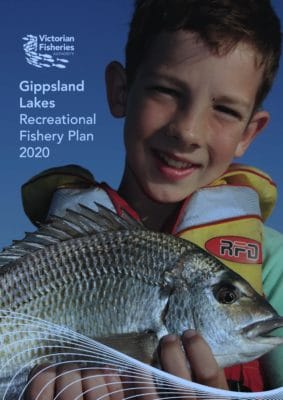 In releasing the “Gippsland Lakes Recreational Fishery Plan 2020” through the VRA, Mellissa Horn MP,  Minister for Fishing and Boating stated:

Removing commercial netting from April 1st 2020, along with a $9.4 million compensation scheme for the ten licence holders represents an important first step in rebuilding fish stocks in the Gippsland Lakes. It will also help to restore the region as a recreational fishing mecca, attracting thousands of visitors to the area and injecting valuable economic stimulus into motels, restaurants and local businesses.

The removal of commercial net fishing for scale fish species also means another 180-200 tonnes of fish will remain in the Lakes system each year. ….

None of this will be possible without the continued commitment of recreational fishers to do their bit to contribute to the recovery of fishing in Lakes.” 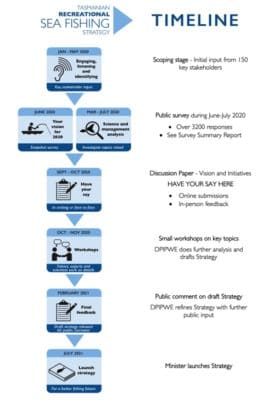 As Guy Barnett, Minister for Primary Industries and Water said

“This 10-year strategy, to be released in July 2021, will delineate the vision and outcomes for recreational fisheries and how they will be achieved. We highly value the opinions and ideas of our recreational sea fishing community and non-fishers with interest in this topic. I encourage Tasmanians of all ages and backgrounds to put forward their views now during the development of the strategy.

Seeking diverse views will help us strike the right balance between providing access for today’s fishers and ensuring we have fish for future generations. The views of stakeholders are a critical part of this process. So – please carefully consider the issues raised here – then have your say. “

The Hon David Basham MP Minister for Primary Industries has released through PIRSA the Management Plan for Recreational Fishing in South Australia, click here for details of the plan.

The Western Australian Government is leading the way with “Fishabilty” ensuring recreational fishing access for all.  This week Fisheries Minister, Paul Tinley announced an investment of $46,000 for the purchase and fit-out of the van which is going to make the task of setting up activities and packing up afterwards a lot easier for Fishability volunteers.

You can read the media statement here.

This would be a great program to roll out across the nation.

The FRDC are holding the “Commonwealth fisheries resource sharing framework – recreational sector workshop” on the October 2nd.   AFTA, along with a small group of recreational fishing stakeholders have been invited to attend this workshop to discuss and provide feedback on the draft framework.