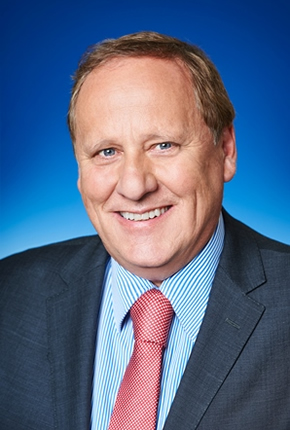 The announcement comes after the latest scientific stock assessment found that key fish species remain under severe threat, and the stakeholder-led Harvest Strategy Working Group recommended that the State Government reduce total catch limits from 750 to 375 tonnes annually to recover the fishery.

The current two-month demersal closure will be extended by four months for recreational fishers in the West Coast Bioregion from Kalbarri to Augusta.

The closure period has been significantly reduced from the initial eight or nine-month proposal, following consultation with recreational fishers.

The open seasons have been timed to allow people to catch these prized fish during all school holiday periods. Land-based demersal fishing will now be able to take place year-round.

Catching demersal scalefish from a boat will be prohibited from:

Recovery will be supported by a range of new measures, including a boat limit of four demersal scalefish per vessel, wilderness fishing at the Abrolhos Islands, expanded spawning protections and gear limits.

The commercial sector will have its available fishing hours in the West Coast Demersal Scalefish Fishery (line fishery) reduced to achieve a 50 per cent reduction in total allowable catch. The number of days spent fishing will reduce to an average of 20 days per year for a commercial line boat.

Commercial fishing will remain closed across the Perth metropolitan coast, from Lancelin to south of Mandurah.

For charter operators, a quota system (tags) will be introduced with specific limits on the number of demersal fish that can be kept each year. This gives charter businesses the flexibility to allow fishing for a limited number of demersal scalefish all year round. Funding has been set aside to help charter operators adjust and provide alternative marine tourism experiences.

The McGowan Government is further boosting sustainability by investing $10 million across a host of supporting measures. Key initiatives include:

The funding represents the biggest investment in the recovery of a fishery in WA history and was developed during close consultation with industry.

As outlined in the proposal, the new rules will come into effect for recreational fishers on 1 February 2023, supported by an extensive education campaign. Until then, the current rules will remain in place.

The Department of Primary Industries and Regional Development will monitor the impact of the new management changes on stocks and will finalise the next stock assessment at the end of next year.

For more information on the management changes visit www.fish.wa.gov.au/demersal.

“Western Australians have always demonstrated their desire to preserve the State’s fisheries, and I am confident that as a community we can work together to recover our demersal scalefish stocks for the future.

“We have listened to the feedback – recreational fishers asked for more time on the water. We’ve been able to achieve this by putting in place more rigorous secondary measures, like stricter boat limits and wilderness fishing at the Abrolhos Islands.

“I understand the changes will be difficult for recreational fishers. I appreciate the feedback I have received, and I say to you that I have delivered the very best recreational package possible while also ensuring that you have sustainable fish stocks going forward.

“We know Western Australians love eating demersal fish, with 99 per cent of the commercial catch consumed here in WA. I am committed to making sure Western Australians continue to have a year-round supply of fresh, local fish at retail outlets, restaurants and fish and chip shops.

“The changes being introduced balance the fishing experience with the action needed to protect these fish. There is simply no other way.